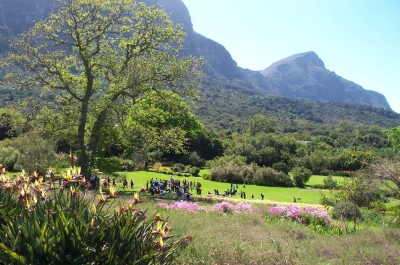 Price: free to all conference delegates registered for 6 October.

Kirstenbosch National Botanical Garden is the jewel in the crown of the world-renowned Cape Floral Kingdom and is one of Cape Town’s ‘big six’ tourist attractions. Nestled against the eastern slopes of Table Mountain, Kirstenbosch Conference Centre is the ideal venue for conferences, product launches, concerts, dinner dances, parties and weddings.

Price: free to all conference delegates registered for 8th October. Tickets priced at R100 per person will be available to members of the public at the door at the conference venue on the night of the concert. 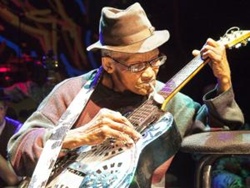 Hannes Coetzee is a soft-spoken musician whose job is tapping the aloes that grow around his Karoo hometown of Herberstdale, near Mossel Bay, for their medicinal juice. Hannes composes his own songs and learned to play the guitar on the side of the hill when the aloes were too dry to tap and to keep himself company on long lonely evenings in the mountains of the Kamiesberg. Creator and the original practitioner of the ‘optel and knyp’ style, he is one of the most unusual slide guitarists in the world. He plays slide guitar with a teaspoon in his mouth. If you shut your eyes you would think that there were two people accompanying each other on guitars. 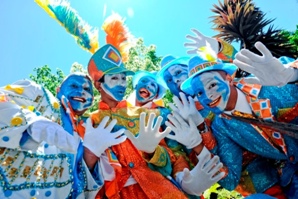 Cape Town 7 Steps Minstrels is a goema troupe managed by Kadar Miller who perform every year at the Cape Carnival New Year Festivities known as Tweede Nuwe Jaar. Banjo, goema drums, trumpet, trombone, tuba and minstrel performers sing and dance to capture the essence of the annual street parade. Members of this troupe have won first place in the Cape Town Minstrel Carnival competition for the past ten years. 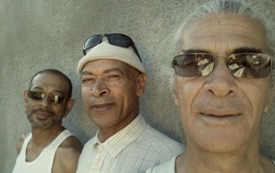 Steve Newman, Errol Dyers and Hilton Schilder are all respected masters of their own music: together, they are the band All in One.

Newman is a master guitarist who has toured the globe with his award-winning band Tananas, playing on Peter Gabriel’s WOMAD festival platform around the world, sharing the stage with the likes of Paul Simon and Sting. He also played regularly in duo with Tony Cox, and has toured extensively with his other world music group, Mondetta, with Wendy Oldfield and Gito Baloi.

Dyers, who also writes plays, stories and poems, is credited as one of the pioneers of the distinctly Cape Jazz Goema sound. The guitar maestro has collaborated and toured extensively with legendary artists such as the late Basil Coetzee, the late Winston Mankunku, the late Robbie Jansen, Mccoy Mrubata and Abdullah Ibrahim, with whom he toured the United Kingdom in 1990.

Schilder is a Cape Town born multi-instrumentalist who has gained much respect as a pianist and composer. He also plays various other western and indigenous instruments, including the Khoi mouth-bow (!xaru). His musical career took off in the 1980’s in partnership with Mac Mckenzie as the cult band, The Genuines. He is also the driving force behind the band Iconoclast, and composer and regular member of the band Sons of Table Mountain. His debut album No Turning Back (2003) was nominated for the South African Music Award as best Jazz Contemporary album.

The three masters first shared the stage as All in One to celebrate Nelson Mandela's 91st birthday at the Ubuntu Festival in 2009. The collaboration has since toured throughout South Africa, and has recorded an album by the same title.

The IASA conference Farewell Dinner will be on Thursday 9th October from 7pm at Moyo restaurant, Blouberg. The ticket price includes transport between the restaurant and the city centre.

The Moyo venue embodies the modern, vibrant soul of Africa through evocative cuisine and inspired entertainment. Moyo Blouberg is right on the water's edge, with panoramic vistas west over the cool Atlantic and acclaimed heritage sites Table Mountain and Robben Island. It is an experience not to be missed http://www.moyo.co.za/ 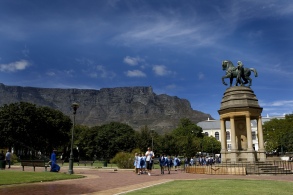 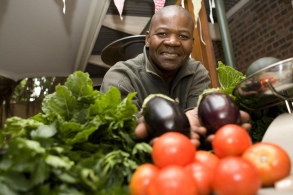